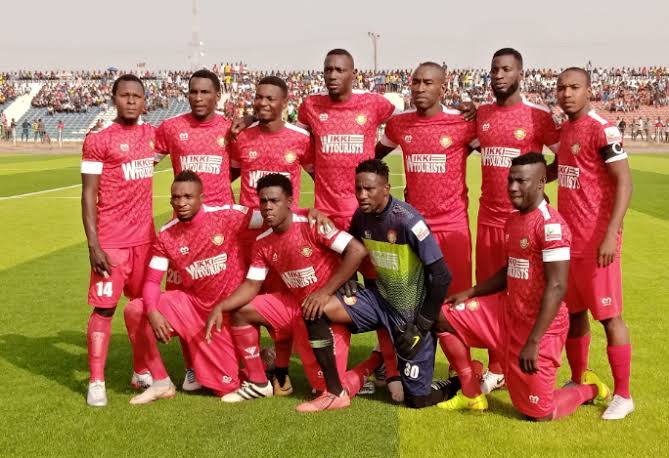 Dogo, who spoke to the News Agency of Nigeria (NAN) during the maiden Unity Pre-season Tournament on Thursday in Abuja, said he was happy with the team’s preparation for the new league season.

NAN reports that a date for the kick off of the 2020/2021 NPFL season is yet to be decided, with the club owners expected to meet to deliberate on the Nov. 21 date proposed by the League Management Company (LMC).

He told NAN that preparations were ongoing to ensure that the team was 100 per cent ready before the commencement of the league season.

“I can tell you that we are 60 per cent ready for the league. So, we still have 40 per cent of work to do before the commencement of the league.

“We are also very grateful to the organisers of this preseason tournament because it has given us an ample opportunity of further assessing the team’s performance level as well as those of our league rivals also taking part in the tournament.

“The tournament has, indeed, lived up to its billing and we have achieved to a large extent what we came here for, which is to build a new team for Wikki Tourists FC.

“From what I have seen so far, I will say we are not yet were we are supposed to be, but we are gradually making progress and this has been a learning curve and a very competitive tournament for my boys,” he said.

On his target for the season, the technical adviser sounded very modest in his expectations, saying that improving on the team’s no so impressive position last season in the NPFL log and avoiding the drop was very crucial.

“Of course, our goal is to ensure that we begin the season on a bright note and improve on our position on the NPFL log last season.

“But we know it is not  going to be easy as other teams are also preparing very hard for the upcoming season as well,” said the technical adviser.

They won their first two games of the pre-season tournament, thrashing Capital City FC 3-0, and walloped NYSC 4-0 in their first and second games respectively, before playing out a goalless draw with Katsina United to top Group C with seven points.

Katsina United finished second with six points, while Capital FC and NYSC finished at the bottom of the log with no point.

Wikki Tourists will lock horns with Group B winners Plateau United in the semi-finals, while Group A winners Nasarawa United do battle with the best losers of the tournament, Katsina United in the other semi-final encounter.

The week-long tournament which kicked off on Oct. 30 is expected to end on Friday with the final match at the Area 3 Sports Complex. (NAN)