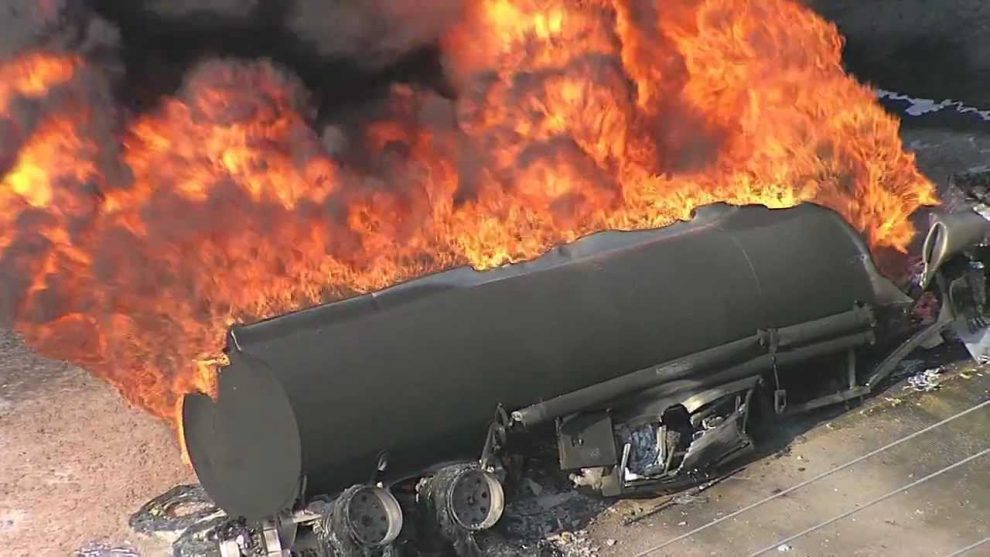 A team of Kwara State fire service operatives, on Thursday escaped death by the whiskers in a petrol tanker explosion on Bode-Saadu expressway in Moro Local Government Area of the State.

According to the spokesman of the state fire service, Hassan Hakeem Adekunle, the team had gone to rescue a petrol tanker which had an accident and somersaulted by the road side.

” While the firemen were trying to rescue the situation, the tanker suddenly caught fire and exploded,” he stated.

The firemen were, .however, lucky to escape unhurt, he added.

The leader of the team who described the development as very rare blamed it on overloading of the petrol tanker and over-speeding.

The Director of the state fire service, Prince Falade John Olumuyiwa advised all tanker drivers to limit their speed on the road in order to drastically reduce the frequent road accidents, as well as monitor their loading capacity.(Dailypost)