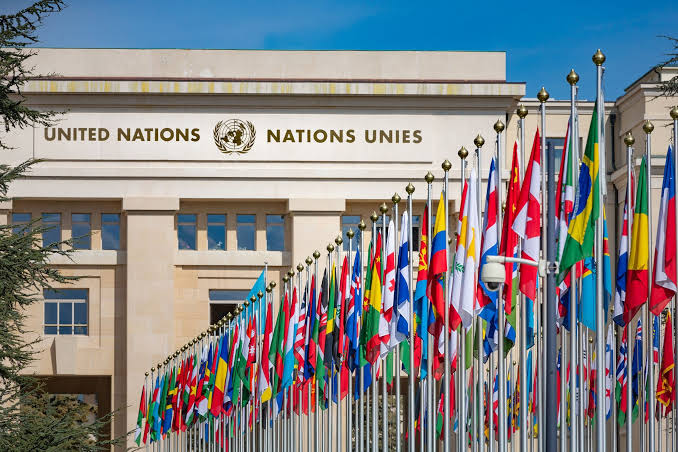 At least 16 United Nations staff and dependents have been detained in the Ethiopian capital Addis Ababa, a U.N. spokesperson said on Tuesday, amid reports of widespread arrests of ethnic Tigrayans.

“We are, of course, actively working with the government of Ethiopia to secure their immediate release,” U.N. spokesperson Stephane Dujarric told reporters in New York.

He declined to answer a question on the ethnicity of those detained, saying: “These are United Nations staff members, they’re Ethiopians…, and we would like to see them released, whatever ethnicity is listed on their identity cards.”

The state-appointed Ethiopian Human Rights Commission said on Sunday it had received many reports of arrests of Tigrayans in the capital, including elders and mothers with children.

Daniel Bekele, head of the commission, told Reuters on Tuesday that it was monitoring “the arrests of hundreds of Tigrayans in Addis Ababa”.

Police have denied making ethnically motivated arrests, saying they are only targeting supporters of the rebellious Tigrayan forces fighting the central government.

Fasika Fanta, spokesperson for the Addis Ababa police, and government spokesman Legesse Tulu told Reuters they had no information on the arrests of U.N. staff.

“Those that have been detained are Ethiopians who violate the law,” said Legesse.

The U.S. State Department said Washington finds the reports of arrests of U.N. staff members “concerning”, adding that harassment and detention on the basis of ethnicity is completely unacceptable.

“The reports do tend to suggest an arrest based on ethnicity and that is something that if confirmed, we would strongly condemn. So whatever we can do to secure the release of these individuals, we will be prepared to do,” State Department spokesman Ned Price told reporters.

The year-long conflict in northern Ethiopia between the government and Tigrayan forces loyal to the Tigray People’s Liberation Front (TPLF) has intensified in recent weeks after he TPLF pushed southward. Tigrayan forces and their allies have threatened to march on the capital.

Ethiopia declared a state of emergency on Nov 2. That permits the government to arbitrarily arrest, without a court order, anyone suspected of collaborating with a terrorist group. Parliament designated the TPLF as a terrorist group earlier this year.

Diplomatic efforts continue to try to lay the ground for talks and avert an attack on the Ethiopian capital, home to 5 million people.

“Our position remains that there can be no military solution to this conflict and only dialogue can produce a lasting peace,” Britain’s minister for Africa, Vicky Ford, told journalists.

Former Nigerian president Olusegun Obasanjo is in Ethiopia on behalf of the African Union to try to facilitate talks. The TPLF’s spokesperson, Getachew Reda, told Reuters they had held discussions with him.

“He wanted to know if we believe there is the possibility of a political solution to this problem. We said yes,” he told Reuters. But, Getachew added, “we are not willing to retreat because of the siege, because of the blockade.”

The United Nations has accused the government of operating a de facto blockade preventing humanitarian aid from entering Tigray. The government has denied blocking aid.

Getachew also said that a government air strike had killed dozens in the town of Chefa Robit and there had been drone and air strikes on Wollo University in Dessie and the town of Chifra in Afar.

Reuters was unable to independently confirm his account as communications to those areas are down. Government and military spokespeople did not return calls seeking comment.

The State Department said Washington believes there is a small window of an opening to work with the African Union to make progress on peacefully resolving the conflict.

The U.S. Special Envoy for the Horn of Africa, Jeffrey Feltman, returned to Addis Ababa on Monday and remains in Ethiopia, Price said on Tuesday.

Government spokesperson Legesse and foreign affairs ministry spokesperson Dina Mufti did not immediately respond to requests for comment on the talks.(Reuters)