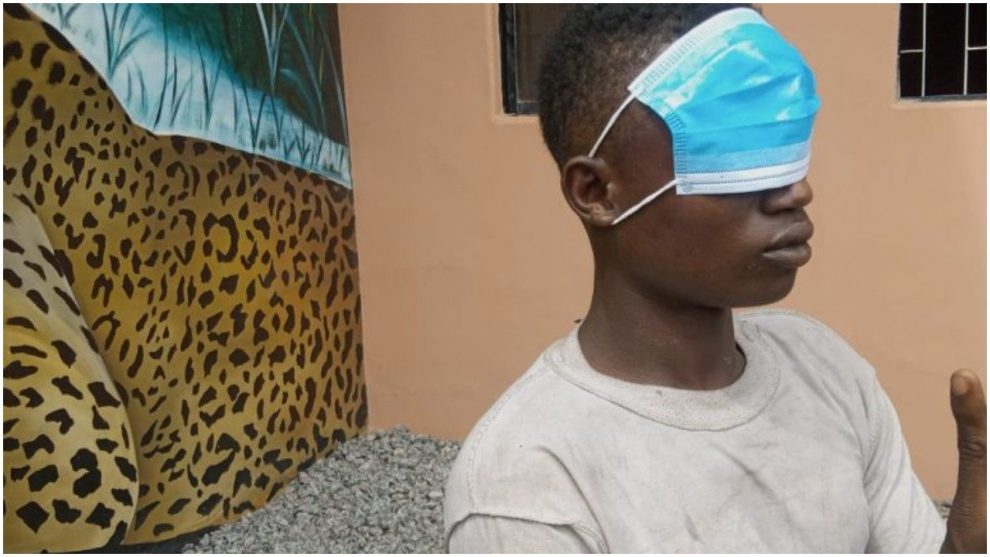 A 19-year-old suspected kidnapper and serial rapist has been arrested by men of the Ondo State Security Network Agency, codenamed Amotekun Corps.

The suspect, Ibrahim Sanni, alongside three of his gang members now at large were alleged to have raped and abducted a teenage girl.

Sanni was also accused of taking part in a series of abductions with ransom collected.

Speaking on his arrest, the Corps Commander in the State, Chief Adetunji Adeleye disclosed that before his arrest, Sanni and his gang had gang-raped a young girl in the state, after which they kidnapped her.

According to Adeleye, the arrest of the suspect was made possible with the aid of the Hausa community in the Shasha area of Akure, the state capital, following a man-hunt for his group.

“This suspect is highly notorious. He has participated in many cases of kidnapping in the state,” he said.

While reiterating the commitment of Amotekun to curb criminal activities in the state, Adeleye maintained that the corps will always work with other security agencies to rid the state of criminals.(Dailypost)

A former Attorney General of the Federation and Minister of Justice, Kanu Godwin Agabi, has said Nigeria’s present form of democracy is worse than the worst...

The Plateau State Government has decided to harmonise its tax collection in a manner that would make payment compliance easy for citizens and promote ease of...

SERAP Wants Court to Stop Buhari, Others from Shutting Down Telecoms

The Socio-Economic Rights and Accountability Project (SERAP) has filed a lawsuit asking the court for an order of perpetual injunction to restrain President...

The immediate past National Chairman of the All Progressives Congress(APC) and ex- governor of Edo State, Mr. Adams Oshiomhole, has expressed shock at the...

Ahead of the 2022 National Population Census (NPC), the commission has promised to give Nigerians a credible , reliable and dependable population statistics...