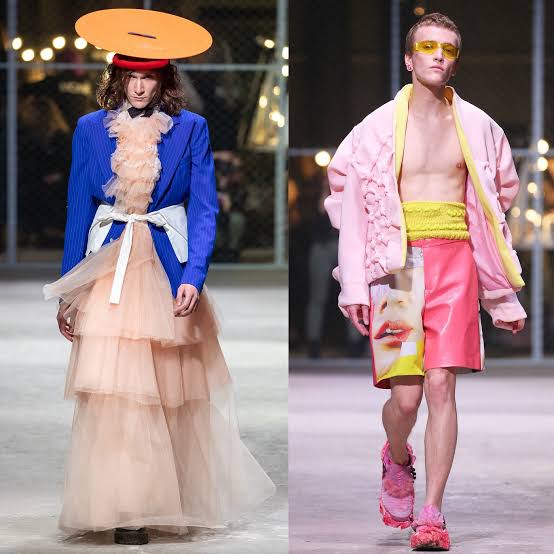 These are five reasons why gender is becoming genderless.

How Stylish Are You [Vogue]

There I was on the street of Lagos Fashion Week, and I could not distinguish between a male and a female.

Maybe that is a little far fetched. I could tell but the problem was I couldn’t say “This guy isn’t wearing a female outfit.” Because the question will be, what is a female outfit?

I wondered why fashion had become genderless and why some men now wear what is traditionally women’s clothing.

These are the reasons I came up with;

1. The fashion space is dominated by women’s clothing

When we think of fashion, who do we think of? Female models strutting the runway. It just makes sense that being part of that world will create fluidity when it comes to fashion.

Of course, there is men’s fashion, but that is a relatively boring field.

When the United States have their Met Gala, fashion critics complain that men just wear boring suits. To add some flair, they tend to make their outfits more feminine.

2. Some will argue that gender is a social construct.

There is nothing like male and female, it is all fluid. That is a really complex discussion that I do not have the range for but if you believe that gender is a social construct surely you wouldn’t believe that there is anything like women’s clothing.

Sometimes, it is just people trying to give us a shock factor. How do I enter the room and have heads turning and create conversational buzz? Then they think up the most outrageous combination and viola!

It can be argued that fashion is genderless because different cultures have different things they term as men’s or women’s wear.

In Warri Nigeria, a man heavily draped in a wrapper is as masculine as masculinity could be.

Plus, genderless fashion is a thing. A designer makes clothes that both genders can wear.

5. In western culture sexuality is getting fluid

The more fluid we say sexuality is, distinguishing it from heteronormative categories. The more we blur the line to what or who a man is and what he should be wearing.

Ultimately, fashion is personal to everyone’s expression of their identity.(Pulse.ng)

All Set for Arise Fashion Week in Dubai

All is now set for Africa’s most dominant and dazzling runway platform, Arise Fashion Week (AFW), which holds at the Dubai Expo 2020 from December 3, 2021. The... Skirt and blouse is an old fashion that will never stop trending, no matter the fashion revolution skirt and blouse remains in the game of fashion. Before now... What are the top five sneakers any sneakerhead should have in his shoe rack? Adidas originals superstar is worth the hype [pinterest] I have searched far and... 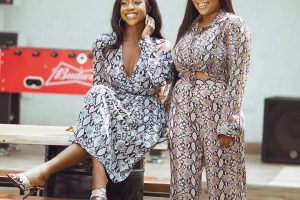 Kicking off the sparkle season, Fablane by Derin‘s ready-to-wear line, Bloom By FBD has unveiled its holiday collection edit and who better to... 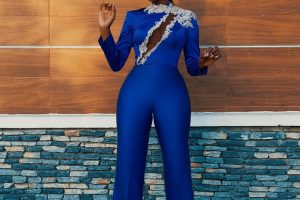 Actress Linda Osifo stunned in a royal blue jumpsuit featuring a cut-out design and embellishment detailing by Julyet Peters for the... 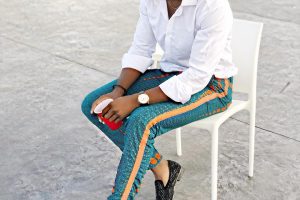 We noticed something unique about how Chike styled his outfit. Chike paired his Ankara Print trousers with a white button down shirt giving it a... 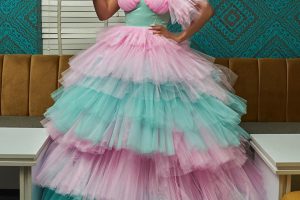 Cotton Candy Dress: will this be the next trend as Toke Makinwa rocks.

The Lagos premiere of Sugar Rush attracted a plethora of famous faces, but it was Toke Makinwa who caught our attention. Well, how could... 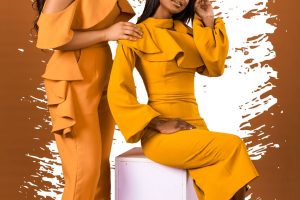 Fashion brand Fablane by Derin‘s diffusion line, Bloom by FBD has released a collection just in time for the Holiday... 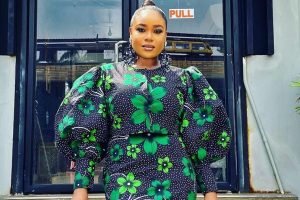 Media Personality, Mimi Onalaja loves Ankara outfits. We’ve lost count of how many we’ve spotted her wearing, but how incredible is this new addition... 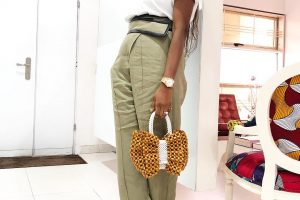 It’s safe to say that Lisa Folawiyo has quickly proven herself to be an ultimate Instagram style icon. Not only has her label made waves on the runway, but her...

All Set for Arise Fashion Week in Dubai

The perfect gym wears for women