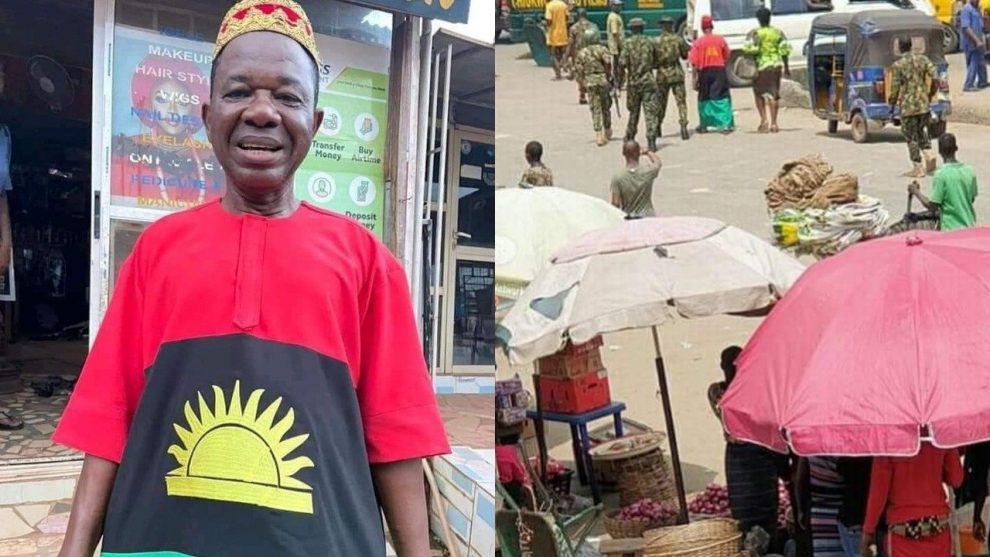 The Nigerian Army has given real reasons why it arrested and detained veteran Nollywood actor, Chiwetalu Agu, last month.

The Nigerian Army’s high command said it arrested and detained Agu for adorning himself with the flag of a proscribed group capable of sparking controversies that could endanger the safety and security of lives and property.

The Army also denied accusations of torturing the elderly actor.

The Nigerian Army said this while responding to a protest letter sent to the Chief of Army Staff by the Human Rights Writers Association of Nigeria (HURIWA) titled; “letter of protest on maltreatment of Actor Chinwetalu Agu” dated 8 October 2021.

HURIWA had called out the Nigerian Army and the Department of State Services (DSS), accusing the security outfits of exhibiting overwhelming tendencies of ethnic profiling targeting the people of the South East and Igbo-speaking Nigerians following Agu’s arrest last month.

“However, the NA hasn’t violated any constitutional provisions on torture. It’s important to point out that the NA, in line with the Constitution, can perform certain roles such as arrest and investigation, if it’s in defence of the welfare of the entire citizenry. In that light and taking into consideration the nature of the security situation in the country, the actions of Chiwetalu Agu adorning himself with the flag of a proscribed group is capable of sparking controversies that could endanger safety and security loss of lives and property. It’s pertinent to be reminded about the many atrocities committed by this proscribed group in recent times, such as the unwarranted and selective attacks on security personnel and facilities as well as the Sit at Home Order which its leaders have constantly initiated.(Dailypost)

HORROR!! Man Crushed To Death While Attempting To ‘Collect’ Money From Truck Driver In Kwara
Nollywood actress, Blessing becomes the talk of the day after taking her man to a whole new level of pampering (VIDEO)
Comment