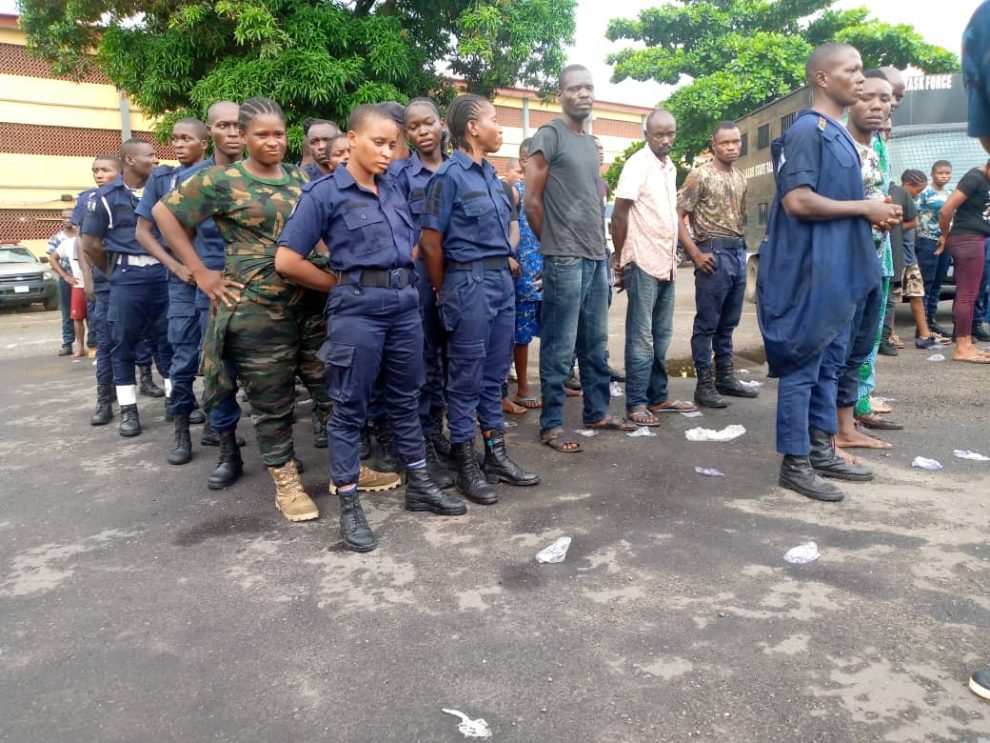 The police in Lagos busted a location used by leaders and members of the outlawed Nigerian Merchant Navy.

The Commanding Officer, Sunday Dakare, 47 years old, and 107 operatives in training were arrested.

On Wednesday, Commissioner of Police, Hakeem Odumosu told the media that officers raided their camp at the Ogudu Sand Field area.

Odumosu said the operation was sequel to credible intelligence on the group’s illegal activities as well as intensive surveillance.

Other were recruitment letters, promotion letters, a portrait of the commanding officer, two motorcycles, one plasma TV, three cutlasses, and charms.

“In the course of interrogation, it was discovered that the Nigerian Merchant Navy, also called the COASTAL DEFENCE FORCE, has been operating illegally since 2005″, Odumosu added.

The police chief announced that all in custody will be charged to court at the completion of further investigations.(Dailypost)