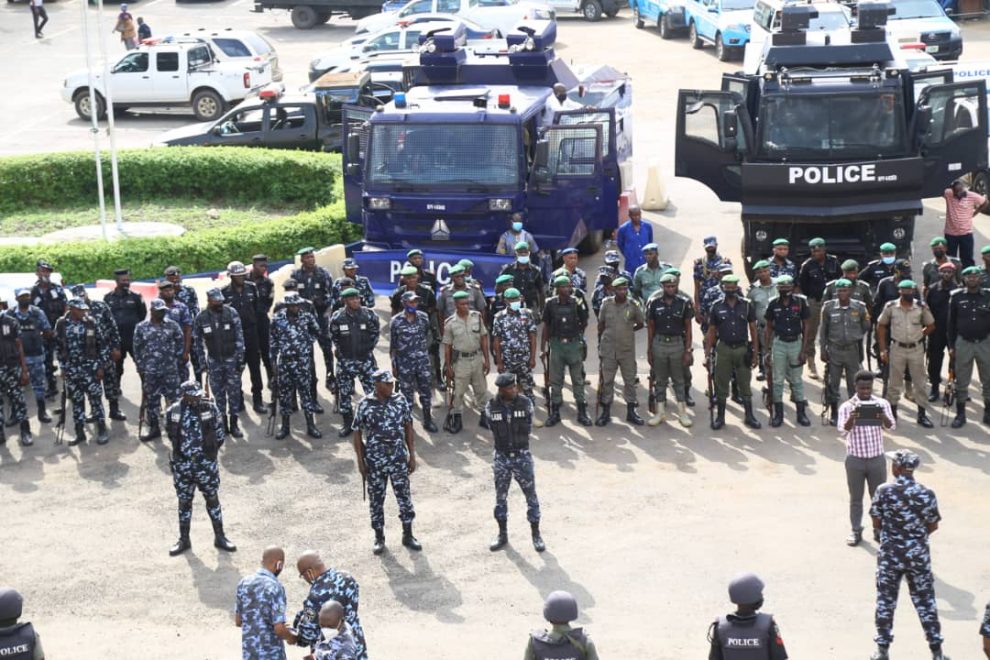 They also recovered one locally-fabricated double barrel pistol from a bag allegedly belonging to the rider, Chuks Abah.

The suspects were intercepted by the Police on a blue Qlink 150 motorcycle with Reg. No. Delta LEH 259 QN and Eng. No. QL162FNJ-1.

The police image maker said the suspects were arrested after a “reasonable suspicion” and search was carried out.