The Managing Director, Nigeria Mortgage Refinance Company (NMRC), Kehinde Ogundimu, has expressed support for the adoption of green buildings in Nigeria, stating that it is the new direction in housing development because of the low maintenance cost, better retail value, and eco-friendly nature.

He also stated the readiness of the company to give mortgages to house developers, noting that for the few residential green buildings that have been completed, people paid out rightly for them adding, “the developers didn’t take a mortgage because they were not sure that if they build, they will get a mortgage.”

Ogundimu, who disclosed this yesterday in Lagos yesterday during a cocktail party to celebrate Edge Pioneers in Nigeria organised by International Finance Corporation (IFC), and West Africa Property Investment Summit, said presently the company has not been able to take the few green buildings to the capital market because the developers are not creating mortgages on the buildings, “so they are like offices, school hostels, and others. But we are beginning to go into residential buildings.”

He hinted that in raising bonds from the capital market, they require green assets, while urging developers to build more green buildings because they are still few in the country.

The NMRC boss expressed optimism that the company is working to create the enabling environment where as soon as the developers are building, they are taking the assets to the capital market and getting liquidity from the market to build new ones.

“Green building is the way to go housing development in Nigeria, though it is new in Nigeria, but however it holds so much promises for us. The few people who did it, were those who understood the benefits and importance of green buildings. The focus for us is that people should know that we are not talking about it because it is fashionable, but that it is affordable on the long run, but it is good for the environment, our health and finance,” he noted. ThisDay

President of the African Import Export Bank (Afreximbank), Prof. Benedict Oramah, says Africa’s creative industry is a potent instrument that could grow the...

Contrary to the federal government’s plan to remove subsidy on petrol in the second half of next year, the International Monetary Fund (IMF) has advised the... 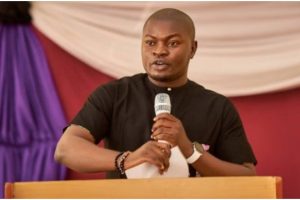 How Nigerian youths will benefit from e-Naira – APC Chieftain

Promise Emmanuel, a chieftain of the All Progressives Congress, APC in Kogi State has revealed that Nigerian youths will benefit from the recently introduced e... 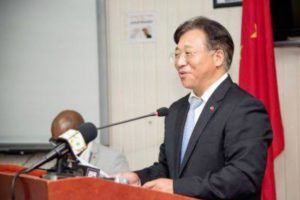 China’s consumption market larger than US – Envoy in Nigeria, Jianchun

Cui Jianchun, Chinese Ambassador to Nigeria has declared that China has the biggest consumption market in the world. The envoy said the United States cannot... The Manufacturers Association of Nigeria (MAN) says the proposed re-introduction of excise duty collection on non-alcoholic drinks will see producers of the... 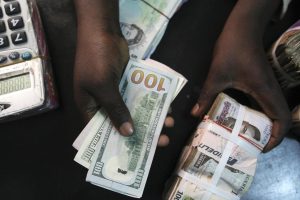 This is the news about Dollar to Naira rate at the official and black market exchange rate Today November 9th 2021. Here is NAIJATABLOID update on the official...