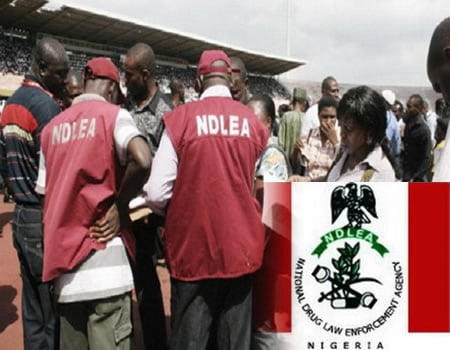 The chairman/Chief Executive of the National Drug Law Enforcement Agency, NDLEA, Brig. Gen. Mohamed Buba Marwa (Retd) has expressed his gratitude to President Muhammadu Buhari for the proposed 2022 budget allocation to the agency.

Marwa hailed the president on Wednesday, November 3rd during the budget defense of the agency before the House Committee on Narcotic Drugs.

He thanked the president and the Minister of Finance, Zainab Ahmed, for their consistent support to the agency.

Marwa stated that it was a great improvement to their fortune and previous budgets.

He equally appreciated the National Assembly and the two chambers of the legislature. Marwa also appealed to the federal lawmakers to continue in their support of passing the budget and if possible improve on it in areas such as the purchase of arms and ammunition.

The Chairman of the Committee, Hon. Francis Ottah Agbo also emphasized the need for constant support from the government so as to improve their efficiency and mode of operation while also revealing that the agency would stand against any bill in support of legalizing cannabis in the country.

Meanwhile, the House of Representatives has declared that it will be a wrong move to legalize the planting and use of marijuana in Nigeria.

The House of Reps acknowledged that without legalizing marijuana, the use of the drug is already responsible for many criminal activities in the country, calling for stiffer sanctions against drug traffickers.

The lawmakers, therefore, stated that legalizing the substance would be counter-productive.