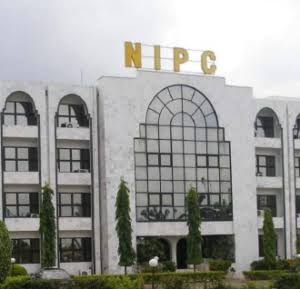 The Nigerian Investment Promotion Commission (NIPC), on Tuesday, in Abuja, reported that US$8.99 billion new investment announcements in Nigeria were made in the third quarter of 2021 with the manufacturing sector attracting 42 per cent of the investments.

The Acting Executive Secretary of NIPC, Mr Emeka Offor, said at a press conference in Abuja, that there was a marked improvement in the level of confidence of the investing community post COVID-19.

According to Offor, In Q3 2021, US$8.99 billion was tracked as investment announcements in 33 projects across 8 states.

Offor noted that the commission was putting in place a mechanism that would allow NIPC to authenticate the announcements and propel them from mere announcements to actual investments.

While giving details of the report, the Director, Strategic Services, NIPC, Mr Abubakar Yerima, said that August was the most active during the quarter, accounting for 64 per cent of the total announcements.

Abubakar noted that Lagos received the largest share of the announcements with 20 projects accounting for 81 per cent (US$7.29 billion) of the total in manufacturing, information and communications, finance and insurance, human health and social services, and electricity.

“Rivers State recorded US$300 million worth of announcements in manufacturing and transportation, and that Oyo State had US231 million announced in electricity and trade (e-commerce).

“The four states accounted for 87 per cent of the total investments.

“The top sectors were manufacturing, 42 per cent, electricity, gas, steam and air conditioning supply, 25 per cent, information and communications, 23 per cent and transportation 7 per cent.

“Domestic investors were the most active during the period, accounting for 47 per cent of the announcements, followed by announcements from South Korea, 22 per cent, South Africa 16 per cent and the Kingdom of Spain 6 per cent.

Abubakar pointed out that the report was based only on the news articles cited in NIPC’s newsletters published from July to September 2021.

“The report gives a sense of investors’ interest in the Nigerian economy,’’ he added. (NAN)

NMRC Backs Adoption of Green Buildings, Promises to Give Mortgages to Developers

The Central Bank of Nigeria (CBN) yesterday said it was working with key stakeholders in the payment system ecosystem to boost the adoption of its digital...