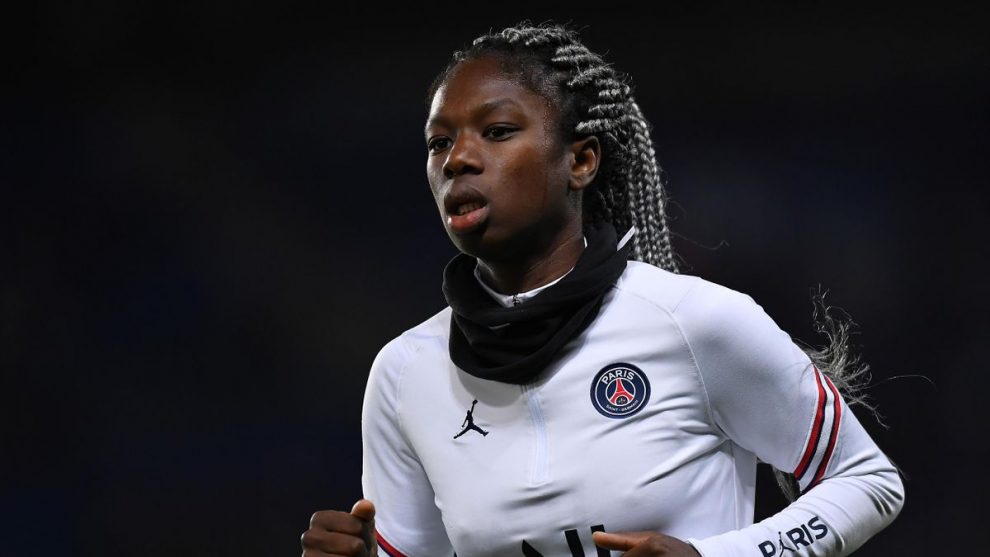 Both Diallo and the former Barcelona player, Hamraoui, play for the France national team and the latter was attacked in the street last Thursday evening, L’Equipe reports.

According to the newspaper, Diallo, who has been arrested and taken into custody, is accused of playing a part in hiring the masked men.

The men were to drag Hamraoui out of her car, punch and hit her legs in a bid to injure her and eliminate her in a competition for places.

According to the report, Hamraoui was the victim of an ambush as she returned home with some of her teammates after dinner as the masked men are said to have pulled her from her vehicle and struck her with an iron bar.

Hamraoui was then rushed to th hospital and required stitches to help heal the cuts on her hands and legs.

L’Equipe reports that following the news, Diallo acted on her rivalry with Hamraoui, PSG were quick to put out a statement on Wednesday morning.

“Paris Saint-Germain can confirm that Aminata Diallo was taken into custody this morning by the Versailles Regional Police Service as part of the proceedings opened following an attack on the Club’s players last Thursday evening,’ the statement read.

“Since Thursday evening the Club has taken all necessary measures to guarantee the health, well-being and safety of its entire women’s team.

“Paris Saint-Germain is working with the Versailles Police to clarify the facts. The Club is paying close attention to the progress of the proceedings and will study what action to take.”(Dailypost)