Contrary to the federal government’s plan to remove subsidy on petrol in the second half of next year, the International Monetary Fund (IMF) has advised the Nigerian government to fully remove fuel subsidy and move to a market-based pricing mechanism in early 2022 as stipulated in the 2021 Petroleum Industry Act (PIA).

The IMF, in its 2021 Article IV Mission statement released yesterday also projected that despite high oil prices, Nigeria’s fiscal deficit would widen in 2021 to 6.3 per cent of Gross Domestic Product (GDP).

The IMF, in the report said: “The complete removal of regressive fuel and electricity subsidies is a near-term priority, combined with adequate compensatory measures for the poor.

“In addition, the implementation of cost-reflective electricity tariffs as of January 2022 should not be delayed. Well-targeted social assistance will be needed to cushion any negative impacts on the poor particularly in light of still elevated inflation.

“Nigeria’s past experiences with fuel subsidy removal, which have all been short-lived and reversed, underscore the importance of building a consensus and improving public trust regarding the protection of the poor and efficient and transparent use of the saved rsources.”

The IMF observed that there were significant downside risks to the near-term fiscal outlook from the ongoing COVID-19 pandemic, weak security situation and spending pressures associated with the electoral cycle.

According to the IMF, over the medium term, without bold revenue mobilisation efforts, fiscal deficits are projected to stay elevated above the pre-pandemic levels with public debt increasing to 43 per cent in 2026.

The IMF observed that the Nigerian economy “is recovering” from a historic downturn benefiting from government policy support, rising oil prices and international financial assistance.

It noted that the Nigerian authorities’ pro-active approach had contained the COVID-19 infection rates and fatalities, adding that with the emergence of fuel subsidies and slow progress on revenue mobilisation, the fiscal outlook faces significant risks.

IMF said: “The economy is recovering from a historic downturn. Helped by government policy support, rebounding oil prices and international financial aid, Nigeria exited the recession in 2020 Q4, earlier than expected. Output rose by 5.4 per cent (y-o-y) in the second quarter, mainly reflecting base effects from transport and trade sectors and continued strong growth in the IT sector.

“However, manufacturing and oil sectors remain weak, reflecting continued foreign exchange shortages, and security and technical challenges. Headline inflation rose sharply during the pandemic reaching a peak of 18.2 per cent y-o-y in March 2021 but has since declined helped by the new harvest season and opening of the land borders.

“Reported unemployment rates are yet to come down although COVID-19 monthly surveys show the employment level to be back at its pre-pandemic level.

Noting that the outlook is for a subdued recovery, the IMF observed that while Nigeria’s real GDP is projected to grow by 2.6 per cent this year and continue in the range of 2.6-2.7 per cent per annum over the medium term, “this is just above the population growth rate implying stagnant per capita income in the medium term.”

Despite an ease in food prices, it said inflation is projected to remain in double-digits, in the absence of monetary policy reforms.

It also alluded to significant downside risks to the near-term outlook arising from the uncertain course of the pandemic and the domestic security situation, in the medium term.

It added that there were upside risks from faster-than-expected reaching of the Dangote refinery’s production capacity along with effective implementation of the 2021 Petroleum Industry Act in terms of higher manufacturing production and investment in the oil sector.

IMF called for major reforms in fiscal, exchange rate, trade and governance to alter what it described as “the long-running lackluster growth path.”

The IMF listed near-term priorities for Nigeria to include the implementation of e-customs reforms, including efficient procedures and controls, developing a Value Added Tax (VAT) compliance improvement programme, improving compliance across large, medium, and micro/small taxpayers and rationalising tax incentives and customs duty waivers. the recent passage of the PIA and stressed its timely implementation.

It stated that preliminary assessments by the IMF and the World Bank suggest that the approved fiscal terms would provide greater incentives to invest in the oil and gas industry but would reduce the fiscal take from new and converted fields.

On exchange rate policy, the IMF called for reduced administrative measures and room for a market-clearing unified exchange rate.
It also endorsed steps taken toward unification of the exchange rate and stressed the need for further actions.

The Fund stated: “The discontinuation of the official exchange rate is a step in the right direction, but continued dependence on administrative measures to address FX shortages sustains uncertainties and increases the risks of a sudden and large adjustment in the exchange rate. 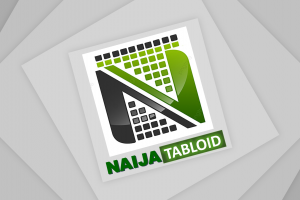 The Speaker of the Ondo State House of Assembly, Bamidele Oleyelogun, was on Tuesday arraigned over allegations of fraud. Oleyelogun, who appeared at the High...