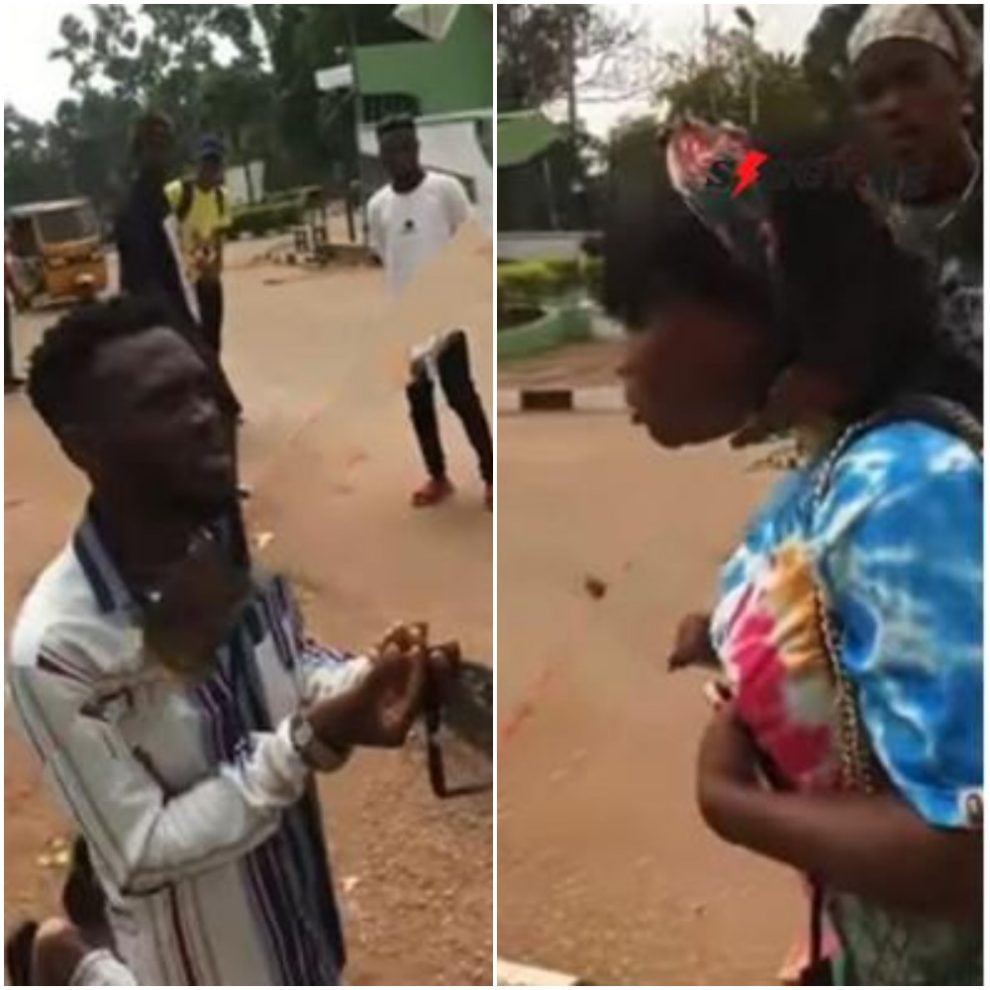 A female student of Ambrose Alli University (AAU) has given her boyfriend a resounding slap after he publicly proposed to her.

In the viral video, the young man who’s yet to be identified could be seen kneeling with a ring in his finger, asking the girl to marry him.

Irritated by the move, the young lady seemed embarrassed by the proposal even as onlookers cheered and urged her to say yes.

The lady suddenly started pacing up to the point her boyfriend said he loves her, but she bluntly refused the proposal dishing him a hot slap.

The video which has now gone viral on social media has sparked a lot of reactions with many complaining about the rampant cases of marriage proposals of late.

In the viral video shared on social media, the lady who appears to be a fresh graduate was seen stretching out her hand to receive a ring from her lover only to collect the ring in the presence of numerous people and then throwing the ring away as the crowd cheered on.

Reasons, why she reacted in such a way to the proposal, is yet unknown, but the video stirred reactions as social media commentators condemned the boy’s action. 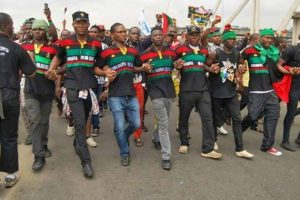 I Did Not Last Three Minutes – Rapist Cries Out
HORROR!! Man Crushed To Death While Attempting To ‘Collect’ Money From Truck Driver In Kwara
Comment