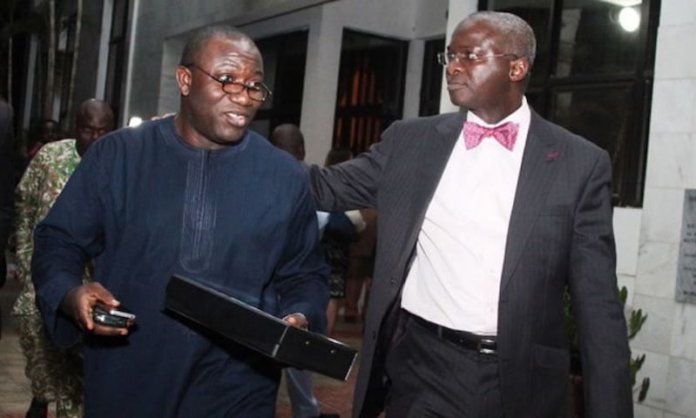 The Minister of Works and Housing, Babatunde Fashola who also doubles as the Chairman, Board of Trustees, Nigerian Institute of Medical Research (NIMR) Foundation, has announced plan to mobilise N10 billion to support medical research initiatives.

This is with a view to promoting home-grown medicines, vaccines and technology to address health problems in Nigeria and Africa at large.
He stated this at the launch and fund raising for NIMR foundation in Lagos.

According to him, the Foundation has developed a plan of action for 2021-2023 and has resolved that research developed would be in accordance with all standards of prevailing global ethics and advised by the advisory board of NIMR.
“We are seeking to raise N10 billion and the income that comes from that money is what we will propose to commit to the site so that our capital is not eroded and it is preserved,” he added.

He said subject to the ethical and medical guidelines, the board also proposed that states, local government, businesses and all sort of interest group who seek knowledge about certain types of things would get funded subjected to its code of governance.
“We will undertake it through the Institute on their behalf,” he assured.

He said Nigeria, Africa’s biggest nation was not playing a leading role at a time when vaccine production and the number of citizens vaccinated by each nation was a means of projecting sovereign might and invariably an economic might.

He said Nigeria has outstanding researchers who are hindered by lack of funds, stressing that currently all the 12 million doses of Covid-19 vaccine imported into the country were as a result of the benevolence of other nations who did many years ago what Nigeria is about to do today.
“They funded research. Can we imagine all the money we use to import vaccines today have been invested in boosting NIMR’s capacity since when it was founded,” he added.

“We have registered the Foundation with the Corporate Affairs Commission (CAC) to invest our activities with some legal balance. We have also developed a constitution for the Board of Trustees and a code of governance to provide some level of integrity to the source and the use of any money we aspire to raise. Those code of governance compels us to support anti-corruption efforts,” he noted.

Also speaking the Governor, Ekiti State, Kayode Fayemi and Chairman of Nigeria Governors’ Forum, stated that Nigeria in the past 18 months had one point or the other expressed concerns and disappointment that the nation has not lived up to its dealing as a country when people talk about vaccine dominance.
“All efforts to get Nigeria back to produce vaccines has remained the vision and I think if there is one thing the pandemic has taught us is that all what we need to combat future pandemic must be built on a commercial scale that will make it available to other African countries so that we can play the giant role we have always dreamed of,” he said.

“I want to assure you that this is a course we will support in order to ensure that the N10 billion target is not only met, but surpassed,” he assured.
Earlier, the Director General, NIMR, Babatunde Salako, said the Institute has played a significant role in the control of Neglected Tropical Diseases including Guinea worm infection and Buruli Ulcer. It has continued to work with the Federal and State Ministries of Health to control and eradicate malaria.

“Over the past three years the Institute has been involved in conducting for the Federal Ministry of Health’s Therapeutic Efficacy Study for antimalarial drugs in the country as well as the Entomology Survey on malaria vectors including clinical trials on long lasting insecticide impregnated nets being distributed in the country,” Salako added.

He noted that its researchers, working with other stakeholders and the Federal Ministry of Health, had been providing evidence for policy and guidelines for the treatment of a number of diseases, stressing that in the last one and a half years, it has played very significant roles in training researchers and contributing to the control of the COVID-19 pandemic.

“I must mention that since the COVID-19 outbreak, the federal government has provided COVID-19 intervention fund to the Institute totaling 3 billion naira, which has helped tremendously in the contribution of NIMR during this pandemic,” he added.
The NIMR boss stated that the Institute established the first ever “Drive /Walk Through” COVID-19 testing Center in Nigeria in March 2020, maintaining that the center has tested over 40,000 Nigerians living in Lagos for free.

“I am sure that if you put a cost to these tests, it would amount to a humongous financial contribution on the part of government and the corporate organizations that supported the center,” he said.
According to him, the institute was building two new laboratories and has acquired a lot of equipment including a Next Generation Sequencer, which provided the opportunity to sequence the index case of COVID-19 in Nigeria and many more samples to help the NCDC determine the circulating strains of the virus in country to date.

“Furthermore, two of our laboratories are ISO accredited, making the results from our labs comparable to those of their peers anywhere in the world. In the last two years we acquired the World Health Organization Prequalification for kit testing status, which made Nigeria one of only 8 countries in the world for such recognition then.
“In the last six months, we also acquired WHO designation as National HIV Drug Resistance Testing laboratory, the only one in the West Africa Sub region,” he averred.

The FCT Primary Health Care Board (FPHCB) has urged Nigerians to disregards the myths surrounding the safety of the  COVID-19 vaccine. Mr Francis Okonkwo...

Over 50,000 residents of Nasarawa State have so far been enrolled in the Nasarawa State Health Insurance Agency (NASHIA). Executive Secretary of the NASHIA, Dr...

The National Agency for Food and Drug Administration and Control (NAFDAC) has warned the public against purchasing cereal or other products that have been...

The Minister of Health, Dr Osagie Ehanire, says efforts are in place to scale up critical services, interventions to protect children from pneumonia and other... The Federal Government has said it is working to accelerate and scale its current efforts to mobilize the needed domestic and international resources to... 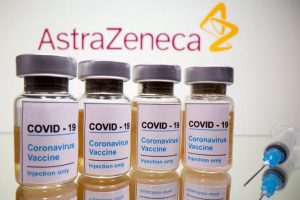 Leader of most populous German state against compulsory COVID-19 vaccination

The premier of Germany’s most populous state has spoken out against compulsory vaccination, as the country experiences a surge in coronavirus infections... 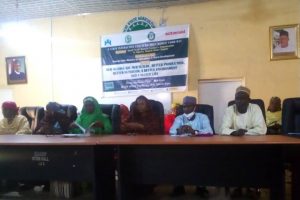 The Medical and Health Workers Union of Nigeria (MHWUN) has called on the Bauchi State government to fully implement the Consolidated Salary Structure for... 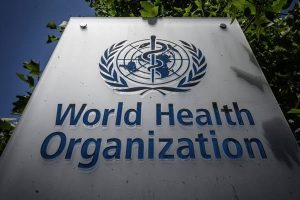 World Health Organisation (WHO) says shortage of at least one billion syringes “could occur”, if manufacturing does not pick up based on global demand for...