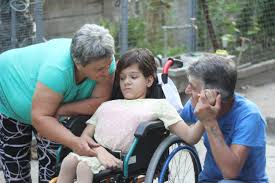 Experts from the Council of Europe has highlighted alleged shocking abuses in the treatment of mentally ill people in Bulgaria.

The European Committee for the Prevention of Torture and Inhuman or Degrading Treatment or Punishment (CPT) said in a report released on Thursday.

The report said the allegations include corporal punishment, unsustainable sanitary conditions and imprisonment.

It said, “It is common for patients in psychiatric hospitals or other facilities to be kicked, slapped and beaten with sticks.

“Sticks are apparently a standard tool among employees.

“People in psychiatric hospitals often live in “degrading conditions” including dirty bedrooms and surrounded by a pervasive smell of urine.

“Though metal chains were no longer found during the experts’ most recent visit, in contrast to previous years.

“In the previous years there were consistent reports from patients of being cuffed to their beds for days and forced to urinate and defecate in bed.”

The Council of Europe’s committee of experts has been to Bulgaria 14 times since 1995.

It has repeatedly criticised the conditions in psychiatric hospitals and similar institutions.

It said, “Bulgarian authorities must initiate a “radical change,” not only within the facilities but also to work against stigmatization.

“By no longer keeping people with mental health problems in secluded places.”(dpa/NAN)