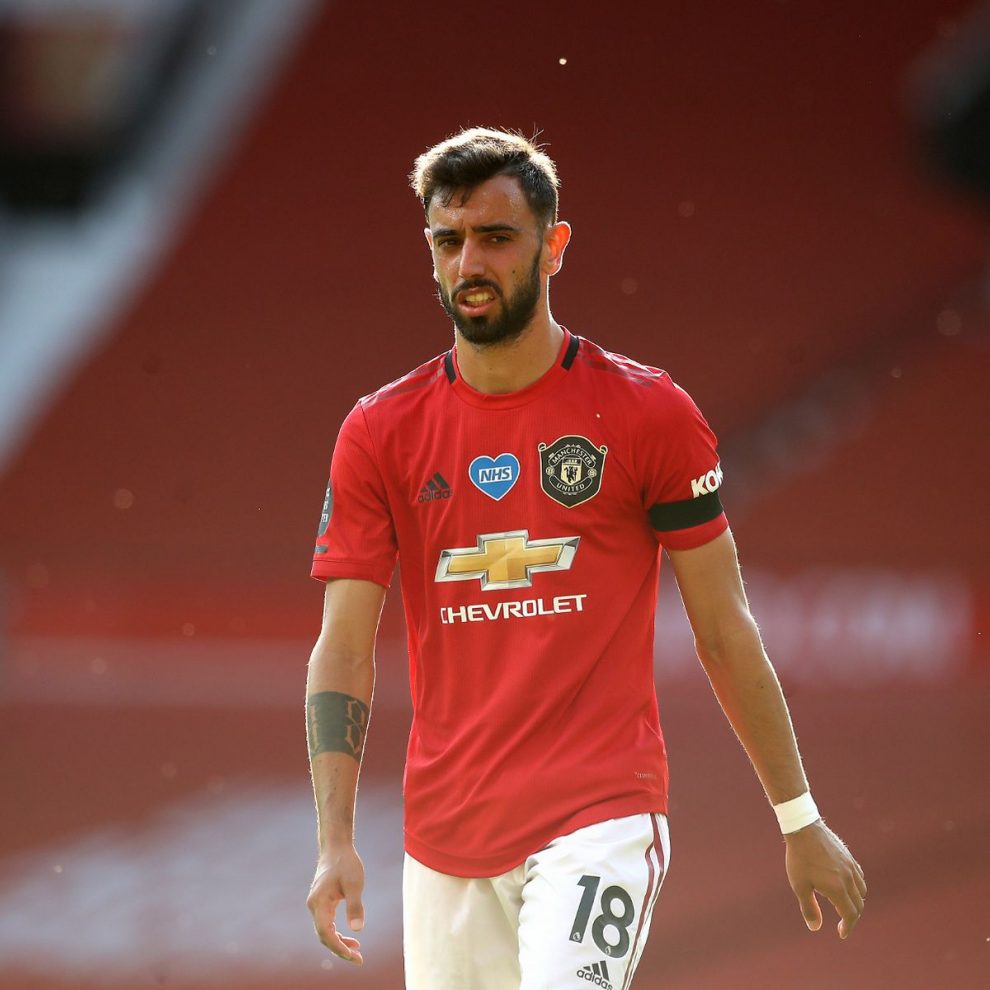 Manchester United midfielder, Bruno Fernandes, has said he and his team mates have to be good defensively to defeat Manchester City on Saturday.

The two city rivals clash in the early kick off at Old Trafford.

It will be the first time United will be playing at home, after they were crushed 5-0 by Liverpool two weeks ago.

Fernandes has urged his team mates to keep it tight at the back and not concede.

He told Sky Sports: “For us it is, ‘stick to the plan’, defend well. ‘Don’t concede goals’ is the main point, because we know we have goals in the squad and players who can score.

“If we don’t concede, we will score at any moment.

“The main point for us is to defend well as a team. We proposed to everyone in the dressing room after that defeat against Liverpool that we cannot concede so many goals. David de Gea has been brilliant for us, making many, many saves and still we conceded a lot of goals in many, many games.”(Dailypost)