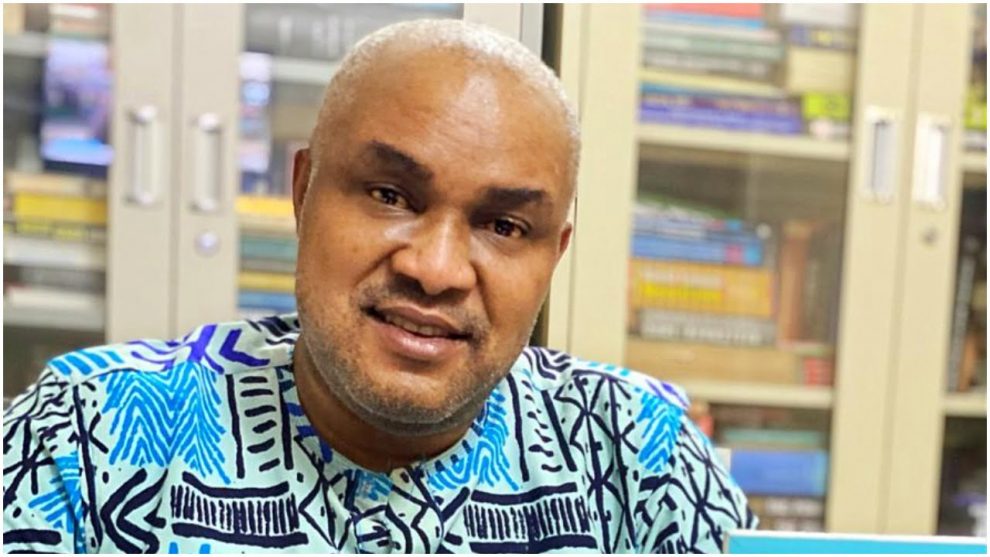 It was the Afro-American civil rights activist and anti-racism campaigner; Martin Luther King Jr. who echoed; “There comes a time when one must take a position that is neither safe, nor politic, nor popular, but he must take it because conscience tells him it is right.”

From the warfront’s earsplitting sounds of bombs and guns in the forests and caves of the Northeast region, His Excellency, Ambassador TY Buratai has continued to fight terrorists with diplomatic weapons as Nigeria’s Ambassador to the neighboring Republic of Benin.

No doubt, Nigeria, like other countries of the world has been entangled in multi-dimensional terrorism for years. The nation has incurred unimaginable losses in precious human lives, destructions, waste of critical national resources on curbing insecurities and the overall instability it has birthed in the country. The pains, sorrows and agonies terrorists inflict on the people is another pain in the neck.

However in Nigeria’s efforts to contain the plague of terrorism, the country has adopted multiple measures, at different times, including anointing crack and seasoned Military Generals to lead the counter-insurgency operations.

Perhaps the army officer who has demonstrated the clearest vision and detects the background of insurgency deeply, is Lt. Gen. Tukur Yusuf Buratai (rtd), who is now Nigeria’s Ambassador to Benin Republic. He broke new grounds, set global records in battling terrorism and recorded countless success stories while he led counter-insurgency operations in Nigeria.

Even in his diplomatic assignment, His Excellency, Ambassador TY Buratai has continued to proclaim his beliefs and sensitivities on how best to tackle terrorism, which has now domiciled its tentacles in the West African sub-region, Africa and a nagging nightmare to the entire globe.

It would be recalled that when Ambassador Buratai preached on the inadequacy of Nigeria’s over reliance on kinetic approaches to resolve the terrorism conflagrations while still in the garb of the military, naysayers maliciously classified him a prophet of doom. But today’s reality and truth and unchangeable human phenomenon has proved otherwise.

Several experts and authors have alluded to the current insurgency in Nigeria as being driven by two economic forces – one local, the other external. On the domestic front the economy has over the years sustained a large pool of marginalised citizens who benefit little from the natural resources of the country.

According to Kwanashie Mike in his 2013 book titled: “Diagnostic review of insurgencies in Nigeria: Sources, causes, and remedies – the economic dimension, a series of social and political issues have intermingled with an initial economic condition to ensure that this segment of society remains at the fringes of the economic system.

Kwanashie went further to assert that while poverty and economic marginalisation do not automatically result in insurgency, evidence from history suggests that the existence of this marginalised sector provides ample manpower for insurgency.

The UK Home Office 2016 revealed that the activities of the Boko Haram sect have created an atmosphere of siege and desolation in most parts of northern Nigeria. The Boko Haram insurgency has security implications not only within Nigeria, but also in neighbouring countries and in the regional and even the international environment.

The resultant public security volatility in the region has been an impediment to trade and investment, peaceful co-existence and stability, as well as sustainable livelihood and development

Moreover, the reach and operational capabilities of the group is still growing, and it is connecting with like-minded terrorist groups within the region and in the Sahel. This increasing transnational dimension provides an avenue for it to improve its capacity for more deadly attacks on a large scale that could pose a serious threat to security and stability in the wider African continent.

But Gen. Buratai (rtd) having Keely studied and grasped the sociological and psychological character of Boko Haram terrorists; their recruitment styles and baits in luring innocent Nigerian youths into the sect as footsoldiers, which the youths easily subscribe to Boko Haram ideology because it assures them of ending an existential boredom, believes the future security of Nigeria and the sub-region lies in consensual, well-coordinated, well-structured and well-resourced interventions by national and regional forces.

But more than that, Buratai believes the overall success in resolving the Boko Haram threat calls for sustained measures aimed at intricately addressing the social, economic and political issues that galvanised terrorist radicalisation and gave Boko Haram a foothold in Nigeria.

This was evident not too long ago, when His Excellency, Ambassador Buratai again drummed the same message at Yola, Adamawa state, when he spoke as the Guest Lecturer at the 24th, 25th and 26th combined convocation lecture of Modibbo Adama University.

He complained loudly that the United States, the United Kingdom and other world powers’ contributions to help Nigeria deal with insurgency are minimal just as he said that the war on terrorism required a collective fight, and that relying solely on the military to end the war would be counterproductive.

Ambassador Buratai jabbed the morality of world leaders and the influential, as he declared; “Any country that does not ensure the development of its people would have security challenges. We should not rely on the military option as the only way to resolve our security challenges. We must address the ideological, economic, social, and political factors. My recent diplomatic foray has further sharpened my views on the urgent need for military, as well as non-military solution to the lingering and needless conflict.”

Undoubtedly, Amb. Buratai’s reflections on the paper titled, ‘The Nigerian front in the war on terror: Security and Development’ were no mere conjectures as he has lived with this mindset even while he was in active Military service and actually took profound steps, by using the platform of the Nigerian Army to berth desperately needed succor.

Notably, while he rendered patriotic service to his country, Gen. Buratai (rtd) manifested in policies and actions, which embraced both the kinetic and non-kinetic measures to battle Boko Haram terrorism. He introduced the “stick and carrot” approach; and activated the Nigerian Army’s Corporate Social Responsibility (CSR) component in host communities.

The CSR initiative, which was celebrated as the first ever in the history of the Nigerian Army, funded from its meagre budget, impactfully bridged development gulfs in all Army host communities’ or anywhere soldiers conducted special Internal Security (IS) operations.

It was to the credit of the Nigerian Army and the excitement of Nigerians who are beneficiaries of the Army’s CSR projects in roads construction, bridges, water supply, health, agriculture, education, electricity and many others. The Army through the CSR platform, even reached communities which have never experienced the presence of government in the history of their existence.

By his recent outbursts and emphasis on global integration in the sub-region and the poor development base of the Northeast, Ambassador Buratai for the umpteenth time, has persuaded a synergic approach to this challenge. He has persuaded the commitment of government at all tiers, as well as the needed actions from political leaders, traditional rulers, religious leaders, individuals and all stakeholders to assist the Military in ending the terrorism conflict in the Northeast through development initiatives.

The singular dependence on the Military and weapons alone would only momentarily blight the fires of terrorism. The people must be lifted from their gross underdevelopment, poverty and penury to embolden them to abandon the allures of terrorism.

Very often, Boko Haram recruiters brainwash the people into believing, the sect can offer a better alternative to existence, as they encounter such preachments of government’s visible neglect. Buratai has again tasked international and national leaders to change this narrative by consciously re-doubling fresh energies and resources to the issues of development in the region.

A consistent truthful talker, Gen. Buratai (rtd) has distinguished himself as consistent truthful talker. He once told a select team of media executives at the Nigerian Army Day Celebration (NADCEL) 2020, observed in Faskari, Katsina State thus; “But, overall, we must see criminality as a collective responsibility. It is a collective burden and it requires collective solutions. We are doing our own kinetic aspect and the civil authorities at the local level, at the state level need to do their own and of course, we must support the kinetic actions of the security agencies…,”

Although truth is constant, it is not easy to voice out by most people. But Ambassador Buratai has wittingly developed himself into a great human resource to Nigeria on counter-terrorism and knows where the problem of terrorism is nourished. So, he does not dread telling the truth he knows.

Therefore, there is the urgent need for World leaders to listen to the voice of reason as adumbrated by Buratai in his very recent lecture. As a nation, Nigerians must wake up to take his talks very seriously as it is not too late to reorganize the narrative. He spoke and has always spewed the gospel truth, regardless of who hates or is angered by it. But only truth can set anyone free.

History is a silent guardian of reality. It has neither a voice nor animated sense, but its verdict is strong and loud. It defiantly bows to the dictates of truth and it is not prone to the conscious conspiracies of a dubious world. Indeed, history is the soundest judge in the affairs of men.

Nigeria’s former Chief of Army Staff (COAS), who led the anti-insurgency combats in the country for close to six years, Ambassador Tukur Yusuf Buratai stands in the corridors of the shinning ambience of history.

Evidently, after commanding the anti-terrorism operations for nearly six years, during when he gave his best even at the risk of his personal life, he has remained dismayed at the level of underdevelopment of the Northeast region, the hotbed of Boko Haram terrorists campaigns.

It is hoped that these great words can be put into constructive use so the war on terror is comprehensively won ultimately.

The Police Community Relations Committee (PCRC) in Ogun State has expressed fear that criminals might end up being Nigeria’s President and Senators if nothing...

In Nigeria’s politics, the north holds the trump card – an inconvenient reality. By the inexorable contrivance of the divine, the northern region is a chief... 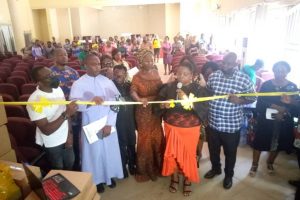 Who wants to be a teacher?

It was supposed to be a very simple question. Mr Dare Akau, then Chairman, Kaduna State Universal Basic Education Board, wanted stakeholders at an education... 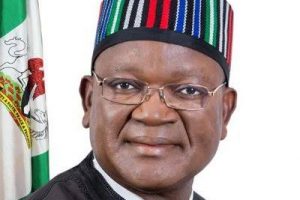 Benue State Governor, Samuel Ortom is a pace-setter. In the last six years, Governor Ortom has initiated a number of things, most of which are today being... 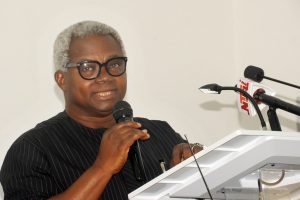 Osita Okechukwu, Director-General, Voice of Nigeria (VON), has advised the Indigenous People of Biafra (IPOB) to join the Ohanaeze Ndigbo to seek political... 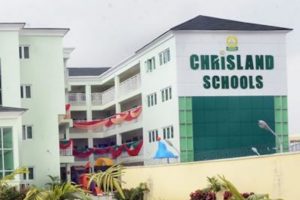 It has been 44 years since Chrisland Schools began making its mark on the Nigerian educational landscape.From its first school on Ladipo Oluwole street in... Vice-Chancellor of National Open University of Nigeria (NOUN), Prof. Olufemi Peters, assures students of the institution of welfare and satisfaction as... Chinenye Nwaogu: Strengthening the Naira: Ikpeazu may be right after all

In 2015, Okezie Victor Ikpeazu Ph.D was sworn in as the democratically elected Governor of Abia State. During the campaign, the Governor made promotion of home... Last week, the Reverend gentleman who is the Special Adviser on Media and publicity to President Muhammadu Buhari in the person of the erstwhile Managing...

Who wants to be a teacher?

Industrializing the rubber sub-sector in Nigeria