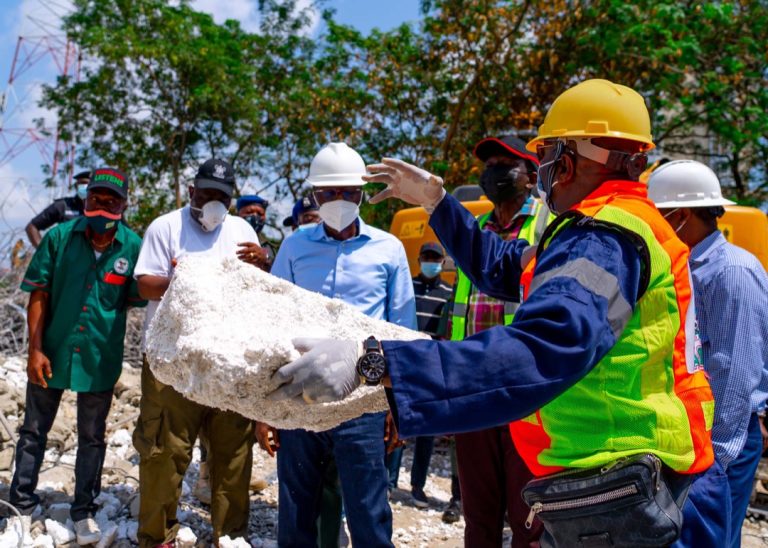 Lagos State Governor, Mr Babajide Sanwo-Olu on Thursday says 19 families have so far submitted names of those suspected to be trapped in the collapsed Ikoyi building.

Sanwo-Olu said this while updating newsmen at the site of the collapsed Ikoyi building, adding that register had been opened for such purpose.

The governor was at the site for the third time within 72 hours, to see how the search and recovery operation was being conducted, and also boost the morale of the emergency responders.

He was in company of his deputy, Dr. Obafemi Hamzat, at the site for over three hours.

Sanwo-Olu said that the ongoing corona inquest on the bodies evacuated from the site was expected to be concluded by Friday after which families would be invited to identify them.

He said that the actual number of persons trapped in the collapsed 21-storey building remained unclear as at Thursday afternoon, but 32 fatalities have been recorded, as at then.

The governor expressed satisfaction with the rescue operation, commending the first responders for their efforts.

He also met with some of the distressed family members at the site, cheering them and raising their hopes, while the rescue efforts progressed.

”Yesterday (Wednesday), we opened a register for people that have missing persons or loved ones whom they believed must have been at the site before the collapse.

”As I speak here, it is only 19 names of missing persons that have been registered. Some of them have pictures, others do not. This list would help us to get information on manifest of those at the site.

”As at this afternoon, we have recovered a total of 32 bodies. We are conducting a corona inquest on the bodies and by tomorrow (Friday), we hope the exercise would have been concluded.

”That is the deadline we gave to the corona, so that the families can come and identify the bodies recovered so far,” Sanwo-Olu said.

Earlier on Thursday, the governor visited Lagos Island General Hospital, where survivors of the building collapse were being given medical attention.

He said that one of the nine people rescued alive had been moved to the Lagos State University Teaching Hospital (LASUTH) in Ikeja for advanced medical examination, but he was not in a life-threatening situation.

Three survivors were discharged on Tuesday.

Sanwo-Olu said that he had ordered structural integrity test on the two high-rise structures in the premises where the 21-storey collapsed, so as to safeguard the lives of emergency workers on the rescue operation.

He appealed to journalists covering the incident on speculative reporting and sensationalism, asking them to confirm any unclear details about the search and rescue operation from the official channel of communication.

The governor was reacting to inconsistent figures of fatality being spread by the media.

”Ministries of Information, Special Duties and Health are fully on ground at the scene. Among these key ministries, members of the public can get answers to any information not clear to them,” Sanwo-Olu said.

This is with the support of construction giants, Julius Berger, Craneburg, HiTech and China Civil Engineering Construction Company (CCECC). (NAN)