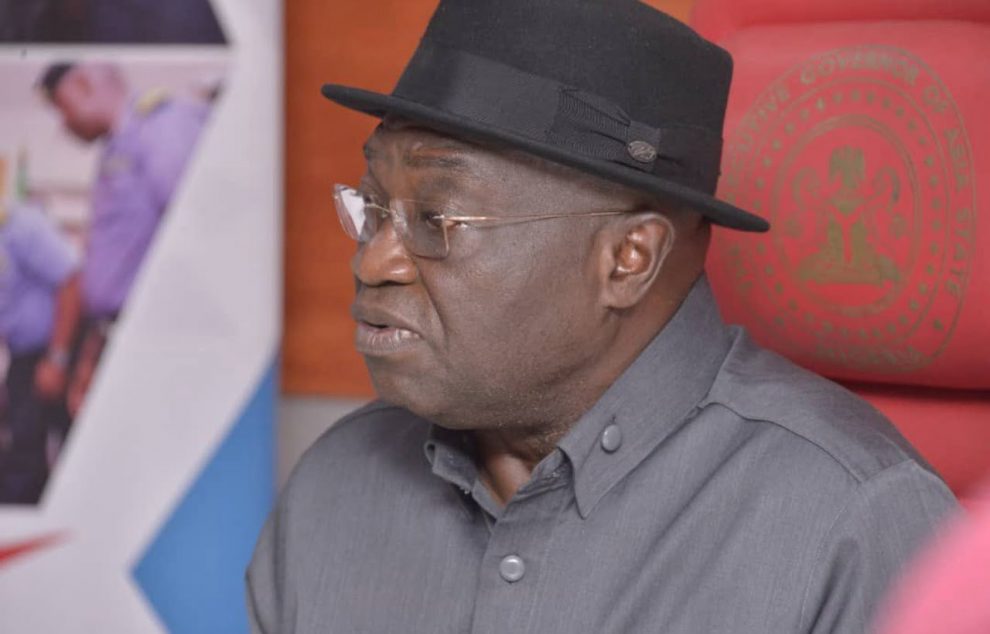 The Abia State Governor and the Chairman of the Peoples Democratic Party National Campaign Council for the just-concluded Governorship election in Anambra State, Okezie Ikpeazu, has lauded the maturity and tenacity of the PDP candidate, Mr. Valentine Ozigbo.

Ikpeazu described him as a cerebral young man whose conduct and performance in the election are exemplary.

The Governor, who was reacting to the outcome of the November 6 governorship election in Anambra State in a statement by Onyebuchi Ememanka, his Chief Press Secretary on Thursday, assured Ozigbo that in the nearest future, the seeds he has planted in the hearts of the people of Anambra state will bear big fruits.

He expressed firm belief that the place of Ozigbo in the future leadership of Anambra State is assured and is only a matter of time while declaring that he is proud to have led the campaign of the PDP in the last election and is even prouder of the performance of the party and their candidate at the just-concluded poll.

He was also particularly impressed with the magnanimous approach by the Governor-elect, especially to his opponents at the last election and urged them to work together for the good of the people of Anambra State.

Ikpeazu, who doubles as Deputy Chairman of the Peoples Democratic Party Governor’s Forum, commended all members of the party in Anambra for their cooperation, especially former Governor Peter Obi, the chairman of the State Campaign Council, Senator Uche Ekwunife and all who worked tirelessly in the campaigns.

He further expressed gratitude to the Deputy Chairman of the PDP National Campaign Council, Governor Ifeanyi Okowa of Delta State for his wholehearted support as well as other governors in the party.

The Abia Chief Executive, congratulated the flagbearer of the All Progressive Grand Alliance (APGA) and the governor-elect of Anambra, Professor Charles Soludo on his victory at the recently conducted Governorship election in the state.

He noted that with the pedigree of Professor Charles Soludo, he has all it takes to provide effective and strong leadership to the people of Anambra state and urged him to give his best in the service of his people.

According to the statement by the governor’s spokesman, “most importantly, the Governor is grateful to God Almighty for the successful and peaceful conduct of the election, especially in the face of the glaring uncertainties that defined the build up to the polls.

“Governor Ikpeazu, on behalf of the Government and People of Abia State, wishes the Governor-elect and the good people of Anambra State the very best for the future.”