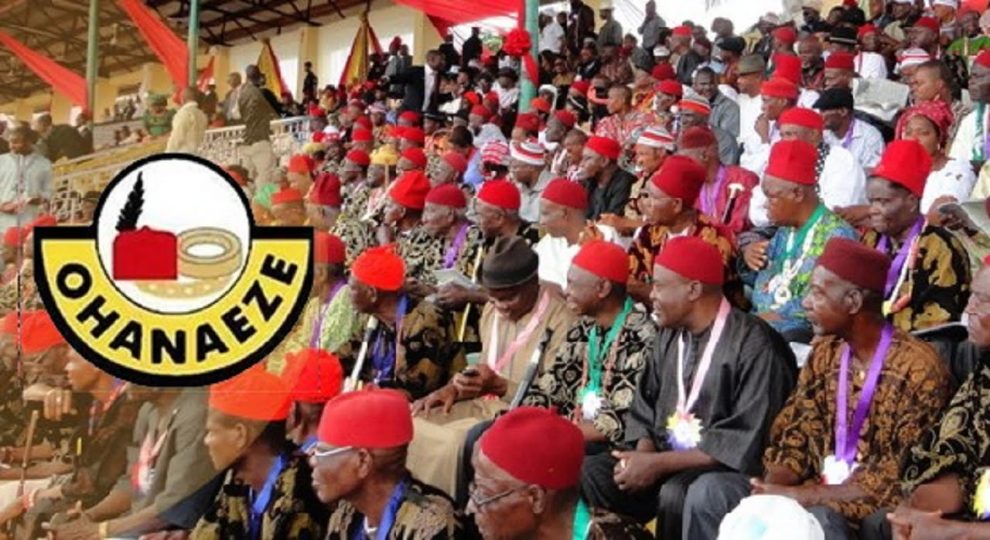 Apex Igbo socio-cultural organization, Ohanaeze Ndigbo has advised all the candidates in the concluded Anambra State Governorship election to accept the outcome of the polls.

NAIJATABLOID had reported that Prof. Chukwuma Soludo of the All Progressives Grand Alliance, APGA, was declared winner of the election after the supplementary election was conducted in Ihiala Local Government Area on Tuesday.h

In a statement made available to NAIJATABLOID Wednesday morning by the Secretary-General of the Chidi Ibeh-led Ohanaeze Ndigbo, Mazi Okechukwu Isiguzoro, he urged all the candidates to respect the verdict of the people.

Ohanaeze said the All Progressives Congress, APC, candidate, Senator Andy Uba should emulate his Edo State counterpart, Pastor Osagie Ize-Iyamu by not challenging the outcome of the polls in court.

He said “on no account should it be challenged in the tribunal as there was no evidence of widespread electoral fraud and malpractice.

“This is the verdict of the people and Ndigbo congratulate Professor Chukwuma Charles Soludo for the resounding success and victory in this election.

“We commend INEC for conducting free, fair and credible election in Anambra.

“We warn against utilizing the Supreme Court to swap the people’s mandate given to Soludo by Anambra people”.

Ohanaeze commended President Muhammadu Buhari for “allowing the INEC to be truly independent and carrying out her constitutional duties, without influence or manipulation in favor of APC which came third in the contest.”

The Igbo group, however, noted that “the disgraceful defeat of APC in the Anambra election was based on the wrongful choice of Governor Uzodinma as coordinator of the APC National Council for Andy Uba’s campaign, and the incarceration of the IPOB leader, Mazi Nnamdi Kanu by the Federal Government.

“The APC National leadership should know that Governor Uzodinma had led APC to disgraceful defeats twice in two governorship elections, earlier in Edo State and now in Anambra.

“Ohanaeze Ndigbo compliments the uncommon courage of Ndi-Anambra to sustain the visions of the legendary icon, Dim Odumegwu Ojukwu, knowing that the only way to immortalize him was to ensure that APGA remains the Igbo identity.

“Governor Willie Obiano’s prompt payment of Anambra workers’ salaries and welfare benefits is a great model for other states to embrace and have been the secret of the electoral success and victory in the November 6 governorship elections.” NAIJATABLOID