President Muhammadu Buhari has been charged to ensure that the Imo State governorship election scenario that led to the emergence of Hope Uzodinma of the All Progressives Congress, APC as Governor, does not play out in Anambra State.

Recall that on 14 January, 2020, the Supreme Court declared Uzodinma winner of the 2019 governorship poll in Imo State nullifying the election of Emeka Ihedioha of the Peoples Democratic Party, PDP. to the shock of many Nigerians.

The governorship election came to an end in Anambra State on Tuesday with a supplementary election in Ihiala Local Government Area of the State.

In the early hours of Wednesday 10th November, 2021, Mrs. Florence Obi, the Vice Chancellor of the University of Calabar and the Returning Officer for the Independent National Electoral Commission, INEC, declared Prof. Charles Soludo, candidate of the All Progressives Grand Alliance, APGA, winner of the polls.

While some political analysts and experts believe that the electoral umpire failed to organise a 21st century standard election in Anambra State, others feel that INEC did fairly well, if not for anything carrying on with the polls despite the security challenges in the South East.

More importantly, the All Progressives Congress (APC) Chairman in Anambra State, Mr. Basil Ejidike, had called for the cancelation of the election even when it was yet-to-be-concluded.

The party accused APGA of rigging the election, in connivance with “corrupt-minded INEC officials”, declaring that the Supreme Court will determine who becomes Governor of the State.

“Ndi Anambra wants an APC Governor and there’s nothing anyone can do to deny them that opportunity.

“We virtually won in all the local governments, but Willie Obiano and Charles Soludo, through instrumentality, corrupt-minded INEC officers, subverted the whole process in favour of APGA.

“We want INEC to cancel the election and fix a date for a fresh election devoid of manipulations and malpractices,” he said.

Following this claim, political, public affairs analysts and Nigerians on the streets of Abuja who spoke to DAILY POST pleaded with President Muhammadu Buhari not to allow the Supreme Court scenario that installed Senator Hope Uzodinma as the Governor of Imo State to repeat in Anambra.

According to them, Anambra people came out to vite for their leader despite the insecurity situation in the state and the All Progressives Congress, APC, and the Presidency must respect that. They believe that it was the will of Anambra people that prevailed.

Speaking to DAILY POST about the performance of the electoral umpire, Barrister Nnamdi Ezidinma described the process as relatively free and fair.

According to him, “For me, it[the governorship election]was relatively free and fair save to say that INEC still have enough to do in preparation for 2023.”

Speaking about the Supreme Court judgment that installed Hope Uzodinma as Imo State Governor, Barr. Ezidinma added, “Imo State and what happened there can’t be taken to draw analogy with the election in Anambra because Anambraians are wiser than Imo people. Buhari and Malami have spoilt everything in the country.”

Also speaking on the governorship polls, Dr. Ikechukwu Amaefula, an Anambra-born Abuja based political analyst, expressed worries over the conduct of the election by INEC. According to him, INEC has not properly put its house in order.

In his words, “How come INEC did not properly put its tools to test before using them for an election as important as this? I’m not talking about the election being free and fair.

“I strongly believe what happened in Anambra was the will of the people of the state. But many people, as I understand, did not vote. The BVAS did not function on many occasions.

“So that was where INEC failed. And this brings us to 2023. I think the Commission must go back to its drawing board now that the Senate has passed into law the electronic transmission of election results. They must conduct elections Nigerians should be proud of.

“How can APC say the election was rigged? This was exactly what they did in Imo State, making Hope Uzodinma, who came third or fourth in the election to became Governor overnight through the Supreme Court. I’m pleading with President Muhammadu Buhari, the whole of Anambra people are pleading with him, ‘ please don’t let Imo State scenario repeat in Anambra.’ It would be disastrous. ”

Dr. Reuben Onyenso, a public affairs analysts said, “Talking about where INEC failed in the conduct of the election; let me first of all point out the fact that many people didn’t come out of their houses for the fear of IPOB notwithstanding they withdrew the sit-at-home order at the dying minutes.

“Then again, as we did see, INEC used the election to test some of its technologies and this also increased the number of people who were not able to vote.

“I wouldn’t actually say they failed because to me, the election was free and fair. The few Anamberians that came out chose their next governor and that’s the most important thing to the people. I think testing will continue in two other governorship elections in the South West before 2023.

“My fear is that now that APC has started complaining and crying foul where there’s none, the President must not allow his integrity to be dragged again like what happened in Imo State. Anambra people have decided and their decisions must be respected.”

Speaking about the Anambra State governorship polls, Cynthia Mbamalu, Director, Programme of YIAGA, Africa, one of the major observers of the election, said, “One of the major heights of that election is that the process is getting better.

“People need to understand and appreciate the fact that our electoral process is improving, votes are counting and it’s difficult to manipulate the process now. It doesn’t mean there are no challenges. We had logistic challenges, deployment issues and all of that.

“The BVAS is one technological device that would ensure transparency in the process because the BVAS, what it did wasn’t just to accredit and authenticate voters but also to upload results to the election portal.”

On lessons learnt from the election ahead of the 2023, Cynthia said, “This election has given INEC the sense on the challenges they need to work on. First is the technology.

“The deployment of technology for the election must be looked at again, because the challenges we saw with the BVAS, imagine if it was a national election where there will be a little more tension and pressure; that level of delay would have been catastrophic.

“So INEC would need to ensure that every technological glitch and other challenges with that technology are duly addressed and perfected.

“Then issues around the management of polling units. INEC created new PU but there’s a level of imbalance in the distribution of voters to PUs. Some PUs have few voters while some had 750, 1000 to 3000 voters; so that is problematic.

“So INEC has that opportunity to review its Polling Units. Also they should build confidence in the process. Voters turnout in Anambra was really low 10.10% and 10.27%.

“And for the national, it is a joint effort of the electoral commission, the media practitioners and political parties. We need to start preaching the message of participation as a fundamental right and democratic responsibility.

“We live in a country where there is mistrust and we question everything. Nigerians, we have trust challenges. So in that aspect, some people think there is the tendencies there’ll be federal might. Forget about federal might and focus on coming out to vote and your vote will count.

“I think at the end, there was no justification for that because if you look at the process and outcome you’ll see we have the All Progressives Grand Alliance winning the election and the next party after that was the Peoples Democratic Party not even the All Progressives Congress.

“So at the end, what matters now …as I told you is that the system is getting better. Come out and as you vote, the actual vote you cast at the Polling Unit is what will count.”

Also, a staff of the Independent National Electoral Commission who pleaded anonymity told DAILY POST that the Anambra governorship election and other upcoming ones are being used to test-run some new innovations ahead of the 2023 national election.

“One thing I want to assure you is that the Commission is working towards perfection. People are too fast to judge and pick out faults but they forget that mistakes must be made which we have to learn from and grow,” he said, referring to the criticisms being thrown at the Commission over the conduct of the Anambra election.

“The Anambra election has come and gone but there were progresses and lessons learnt. It was to me the freest and fairest election not to say that there were no challenges. We encountered some difficulties in several polling units while our staff tried to make use of the BVAS especially.

“But we have learnt some lessons and we’ll learn more in the coming elections in 2022 and before the 2023 general elections, we would have perfected this technology, review and balance most polling units where there are irregularities. That’s all I have to say for now.”(Dailypost) 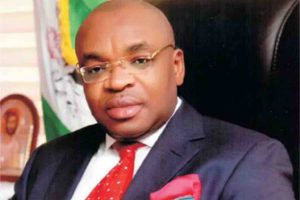 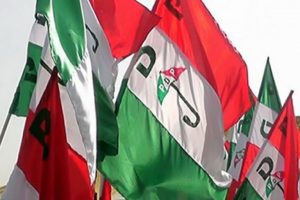