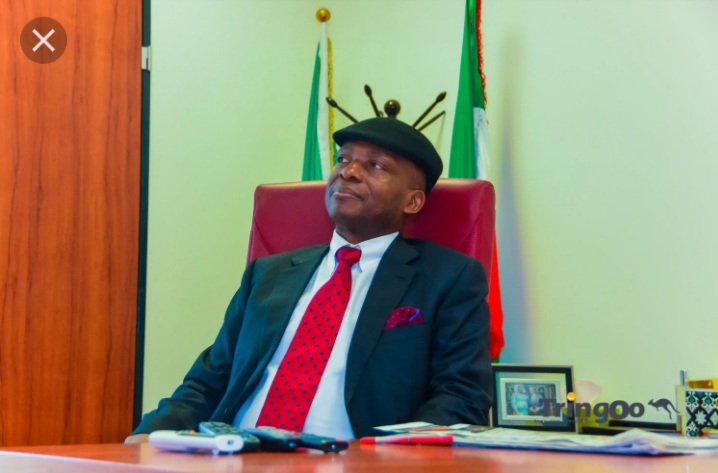 The Senator representing Cross River south senatorial district, Gershom Bassey has said he is ready for next year’s gubernatorial campaign and will match both the seating governor and other contestants with money power

In an interview in Calabar Friday, where he affirmed his interest in the governorship race in 2023, he insisted that the issue of zoning can not be jettisoned, maintaining that it is the turn of the south.

Bassey said, “We will match anybody naira for naira, dollar for dollar.

“If they go to get money from Bill Gates to fight, we will go to Jeff Bezos and Elon Musk in response. The next Governor will be from the south.

Bassey also dismissed the postulation that Governor Nyesome Wike of Rivers State has a particular gubernatorial aspirant he is supporting in the state towards 2023.

Bassey who himself has strongly indicated interest to emerge as a PDP governorship hopeful said Wike is also his friend.

Bassey who was supposed to have succeeded Gov Liyel Imoke, advised journalists and others not to single out Prof Sandy Onor who represents Cross River Central in the Senate as the only guber aspirants close to Wike.

“Don’t single out Senator Sandy Onor. There are many contestants or potential contestants. With respect to His Excellency Governor Wike. He is a friend to all of us.”

On how he will contend with a sitting governor if he picks the PDP ticket, Bassey said he knows how to turn the fortunes of the state and play his cards.

“If I decide to run, my record qualification, capacity and unparalleled empowerment programmes within the State will speak for itself, regardless of the opposition.

I have the State’s blueprint and I know where and how to turn the fortunes of our dear state around if given the mandate. I implore my supporters across the state to be calm. I will continue to engage every stakeholder I need to engage.”(Dailypost)