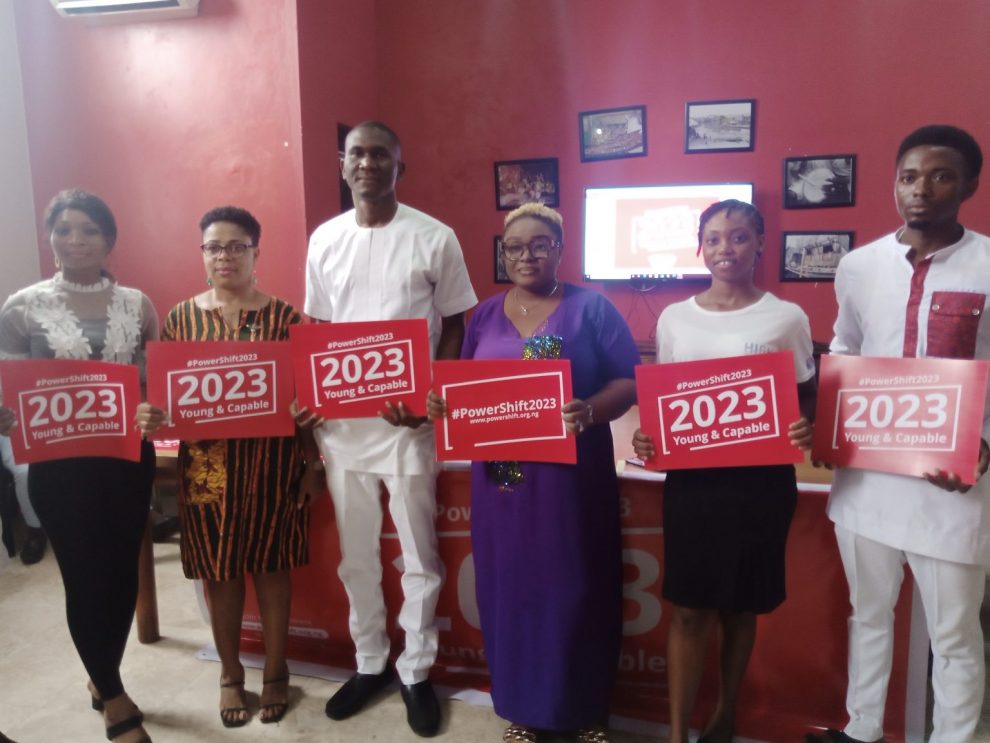 A pressure group, ‘Powershift2023’, on Thursday launched a campaign for the transfer of political power to the younger generation of Nigerians come 2023.

At a maiden press conference in Enugu, the group said it was time to look towards young and capable candidates.

The press briefing was addressed by the Convener of Powershift2023, Comrade Nonso Nnamani, flanked by Comrade Onyinye Eziallor, Comrade JohnPaul Anih and a host of other youths.

He observed that the country was presently in a difficult state, with multiple challenges hitting it on different levels at the same time.

Nnamani added that, “the political situation in Nigeria has lingered for years, every four years we look forward to the emergence of new political leaders who will help solve all the socio-economic woes crippling the potentials of this great country since independence.

“Time after time we have been met with not just disappointment, but the situation in Nigeria seems to be moving from bad to worse.”

He said the birth of the pressure group became necessary as time had come for the people “to think and act differently. Poverty and chaos are man-made, but through human action and ingenuity we can surmount all our problems.

“Our nation’s demography is predominantly young, ages below 35 making nearly 70% of the population. It cannot be overly stated that young people need substantial representation across all levels in the country’s political system.

“Nigerian youths are vibrant, capable and competent to take over leadership positions and help create a more viable, prosperous and secure socio-economic environment for the state and nation at large. This has been proven in other sectors outside politics.

“As 2023 election draws closer, we call on our leaders, different institutions, political parties and all stakeholders to look towards young, competent and credible candidates that will pilot our affairs as a nation. We believe young people could be engaged not just by listening and giving them a voice, but also giving them a chance to do things differently.”

Nnamani said the group would rally round young people about the age of 45 years and younger to participate in the political space as president, governors, senators, Reps members, house of assembly members and other various political positions.

“EndSARS movement has come and gone, we have our gains and we’ve learnt our lessons. Change requires more than just protests and anger. It must be organized around sustainable ideas and ideals.

“The EndSARS protest proved the ingenuity of young Nigerians to organize, it showed a potential for comprehensive Democratic change.

“We call on all young people to get involved, get ready, get their PVCs and prepare to run and support those who run. We have the platforms, the numbers and the influence to move any political position to any desired direction. We should no longer sit back and be spectators but rather, become actors to birthing the new Nigeria of our dreams.

“This is a call, an urgent call to get involved. The 2023 election will carry historic consequences and there is no better time to act than now.

“Powershift movement is here to nominate, prepare and empower young and capable leaders for political positions in Nigeria.

“In the coming days, we shall be activating our networks in the 36 states of the Federation, the FCT and Nigerians in the diaspora. We shall be engaging with the relevant stakeholders to make sure power shifts in 2023.”

When asked whether the group would not be soon hijacked by the same career politicians, he explained that “it would not be possible as we are not seeking to be funded by any of such people.”